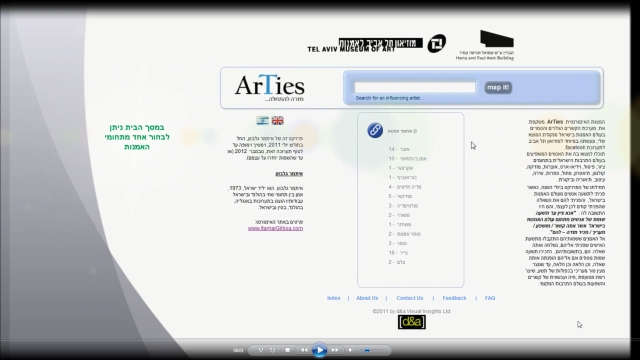 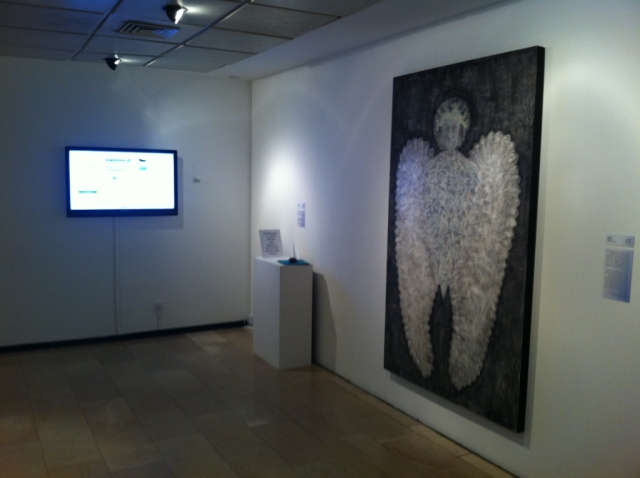 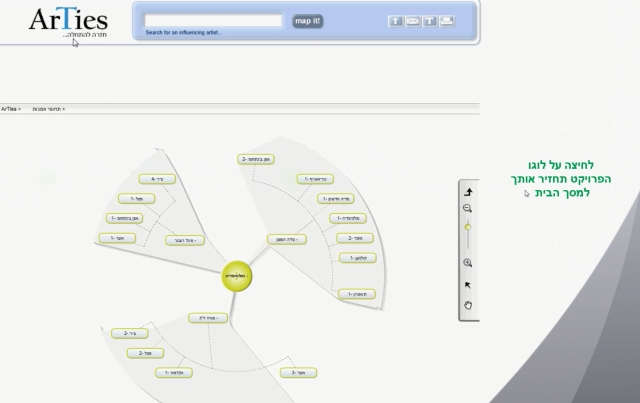 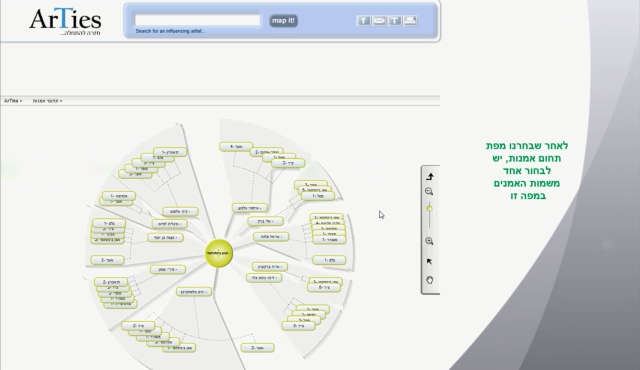 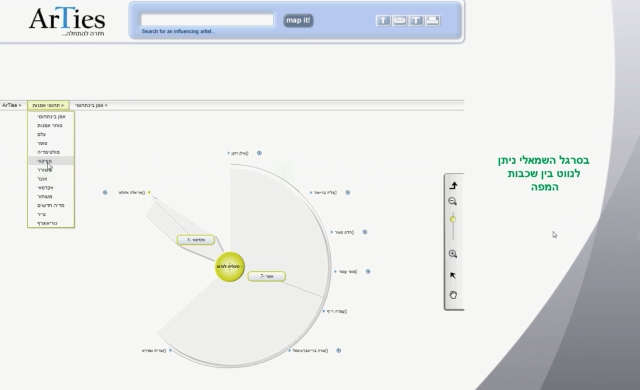 The Internet presentation ArTies reflects the visible and hidden networks of ties in the Israeli art world from Gilboa's starting point, and was created specifically for Tel Aviv Museum of Art for the facelook exhibition.

In this presentation you will find the people who exert influence in the Israeli cultural world in the spheres of: painting, sculpture, video-art, curatorship, music, cinema, theater, dance, literature, poetry, design, theory and criticism.

The project was started in July 2011, when Gilboa's approached nine individuals from the Israeli art world, and asked them a question which he had previously asked himself and to which they were the answer: "Please choose up to nine names of people in the Israeli art world (living or deceased) you are connected to/are influenced by/ appreciate /are grateful to."

The same question was then sent on to the nine names received from the first nine individuals. In their turn, they named nine more people whom Gilboa's then approached with the same question, and so forth. Thus a kind of exponential sequence evolved in multiples of nine on nine, creating a ramified, living, contemporary network of ties and influences in the local cultural world.The mapping of ties, which was begun, as noted, in July 2011 will continue to expand until this exhibition ends, in November 2012 (or until the names repeat themselves).