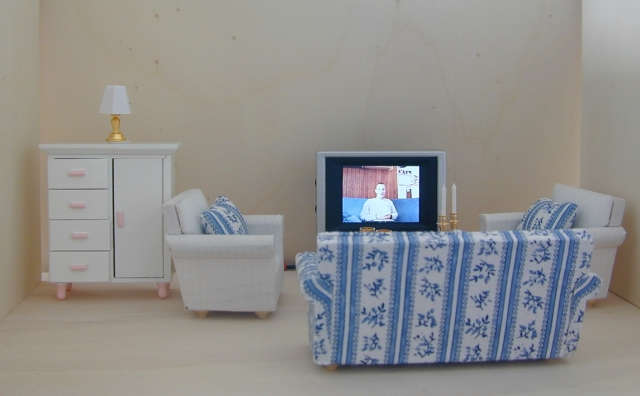 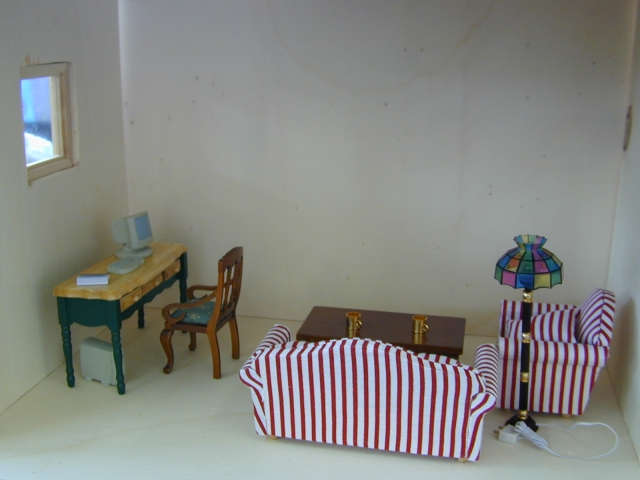 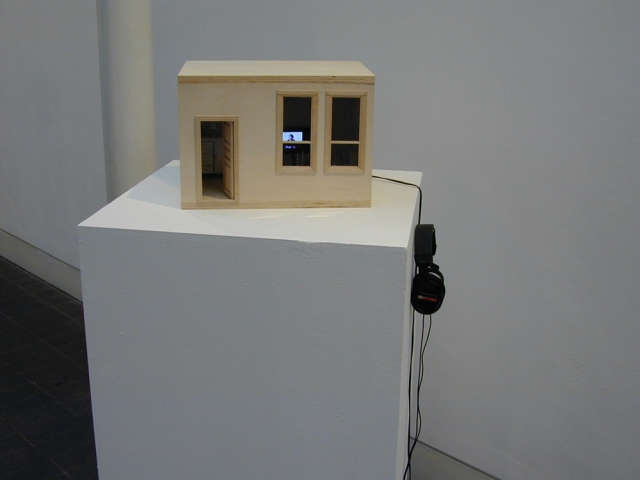 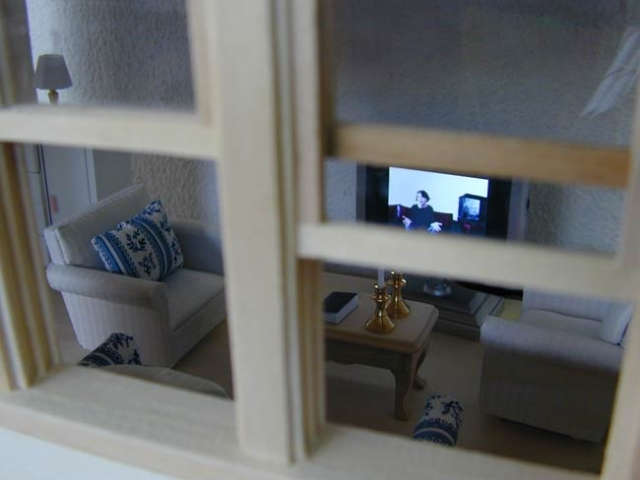 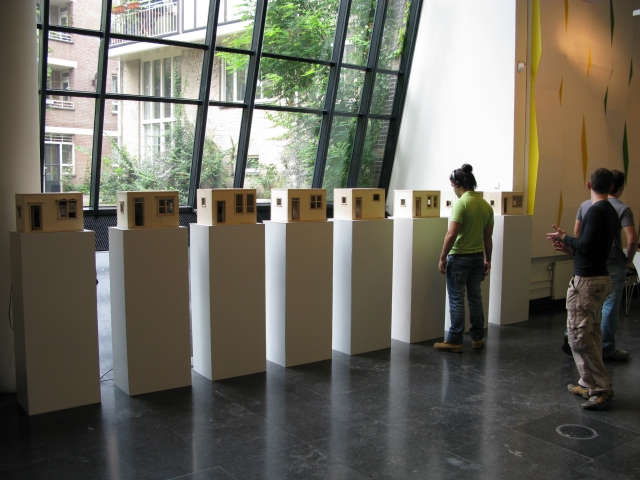 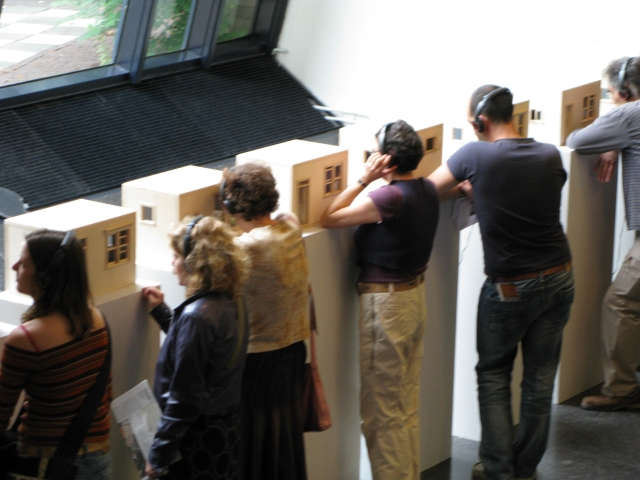 Rijtjeshuizen is a photographed (videoed) bundle of meetings with Dutch citizens who have chosen to live in Israel. The projection of each meeting in the space/separate model, creates the perception of visiting a private territory, the physical and emotional home of the interviewee.

This is a chance to examine the complex relationship between a citizen and a place. In this case, the observed locations are both Israel and The Netherlands: during the interview, the observer is exposed to the continuing personal indecision whether to leave Holland and move to Israel.

He/she acknowledges the difficulties, the dreams that partially have come true; it leads to the conclusion that the decision making process regarding the move to Israel is wrapped in an identity dilemma.

Through the interviews, a diverse collection of identities within the Israeli society reveals itself. A society consisting of veteran and new immigrants from a diverse religious and cultural background, living in a country where issues like borders and self-definition are inextricably bound up with the daily routine.

The work consists of a selection of personal meetings. It creates the basis for dealing with identity on different levels and leaves the spectator, together with the interviewee, in a space where the term ‘identity’ remains unsolved and unfinished.